Detection based on “Light”
Features of Colour sensor

A colour sensor is a type of "photoelectric sensor" which emits light from a transmitter, and then detects the light reflected back from the detection object with a receiver.
A colour sensor can detect the received light intensity for red, blue and green respectively, making it possible to determine the colour of the target object.
This section explains the features of colour sensors.

What Is a Sensor?
A Comprehensive Look at Sensors
Learn all about the principles, structures, and features of eight sensor types according to their detection principles.

Can stably detect differences in colour and appearance

Since the light source is not just red, but includes the red, green, and blue wavelengths, and the ratio between each of these lights can be calculated, it is possible to differentiate the appearance and colour of target pieces. 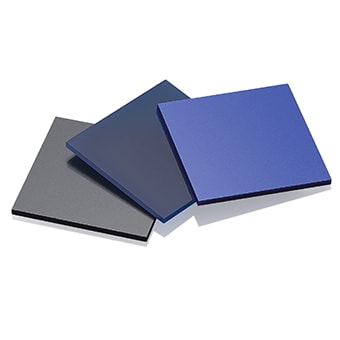 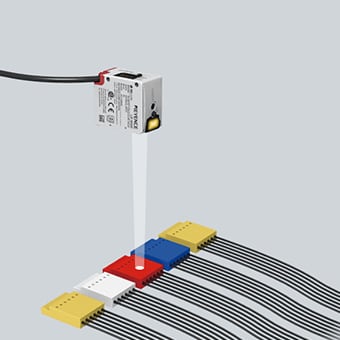 By using a red wavelength photoelectric sensor, there are some colour combinations, such as red and white, that are difficult to differentiate. A colour sensor allows for stable detection, even for these kinds of difficult combinations.

Note: Ratio of reflection for each colour in red light

* The graph shows differences in the intensity of light received from different coloured targets when a KEYENCE fiber optic sensor (red light) is used. It shows that combinations such as white and red, or orange and yellow are difficult to differentiate by simply looking at received light intensity only.

Stable detection, even when distance changes 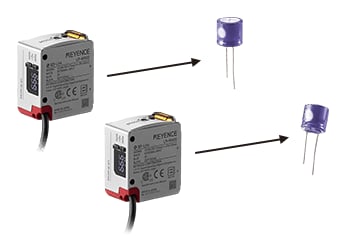 When the distance to a target changes, the following occurs for conventional photoelectric sensors (received light intensity) and colour sensors (ratio of light received).

When the distance to the target changes, the received light intensity also changes.
Example: Vibration of a conveyor. Variations in target's passing position.

Even when the distance to the target changes, the colour ratio does not change.